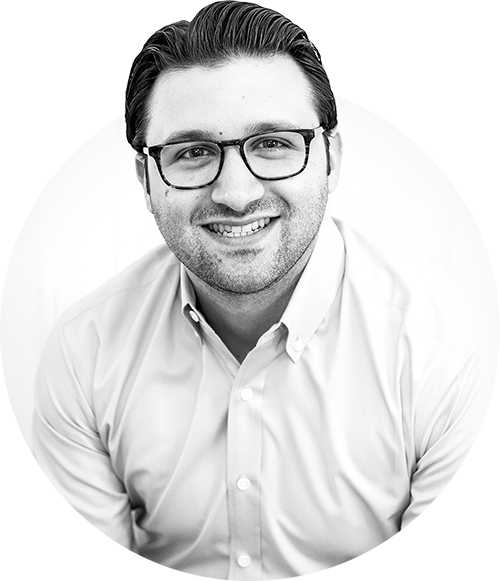 I coach entrepreneurs, designers, product leaders and creative technologists to uncover what inspires them most so they can confidently step into your next big thing.

Get to where you want to go

It's not how good you are now, it's how great you're going to be.

We all have to start somewhere.

We all experience the highs, the lows, and plateaus in our life and work. Phases when we feel inspired and energized and others when we feel trapped and repetitive. Coaching is designed to take where you are (high or low) and make it enhance your life. We achieve this by making intentional choices, uncovering blind spots, and developing new and healthy perspectives and habits. Coaching will uncover what you most want in life and create a map to achieve it.

Let's Chat
How we'll work together

I'm here to support you.

01 Determine Where You Want To Go

I’ll get to know you and together we'll come up with a plan for how we’ll spend our time together.

02 Make Sure You Get There

Along the way, I’ll offer a variety of practices and exercises to help you with your transformation. We’ll create achievable goals that you’ll work towards each week and provide accountability.

03 Figure Out What's Next

We’ll track your progress along the way, and when our engagement comes to an end, we can decide to continue working together or take a break. It’s totally up to you. If we decide to continue, we’ll elevate your current goals or identify something new to tackle and start from the beginning.

Let's Chat
A little bit about me

I used to believe that coaching was something only available to senior executives, but now I know it’s for anyone who wants to grow, put in the work, and make a change in their life and career. Five years ago, I transitioned into my first manager role, as the lead of a small design team. I’d been an individual contributor throughout my career, but I realized that the qualities that made me successful as a designer wouldn’t necessarily make me a successful leader and manager. I knew that to succeed in my new role, I would need additional support.

That’s when I began working with a coach. Together, we were able to create a plan for where I wanted to be as a leader. My coach helped me build my confidence, trust myself I stopped judging my own success based on others’ opinions. Even better I accelerated my career dramatically in an extremely short time: I was able to leave a job I had been stuck in for way too long, increase my salary, and achieve my goal of growing from maker to manager.

I grew so much from coaching that it became my passion, and inspired me to become a coach myself so that I can provide the same support to others that I received.